At The WSKFI National Championships In Ahmednagar, Maharashtra. And More..

Glimpses from the 13th World Shotokan Karate-Do Federation, India training camp and tournament that was held in Ahmednagar, Maharashtra from May 22nd to 26th, 2013.

At the training camp and tournament: 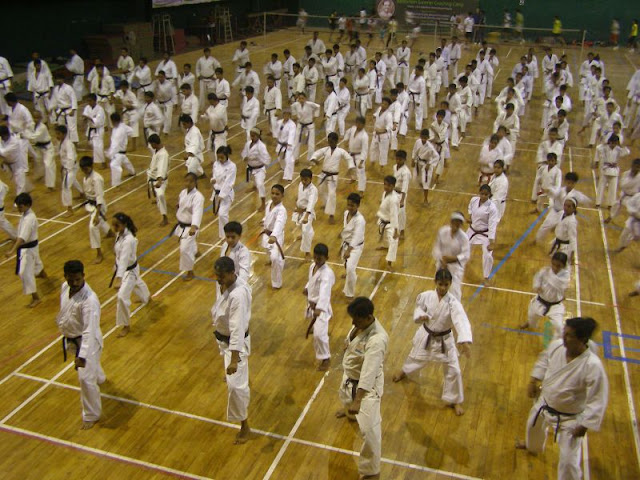 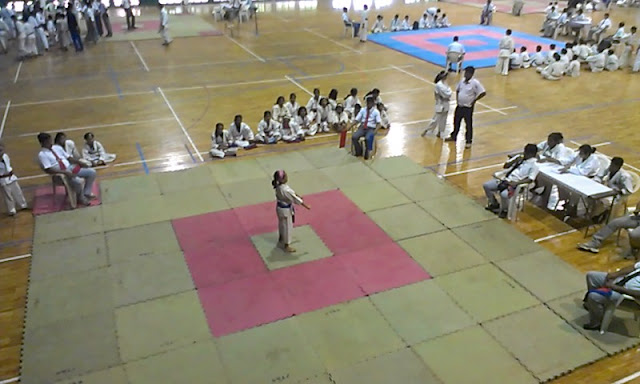 Lil one performing her kata 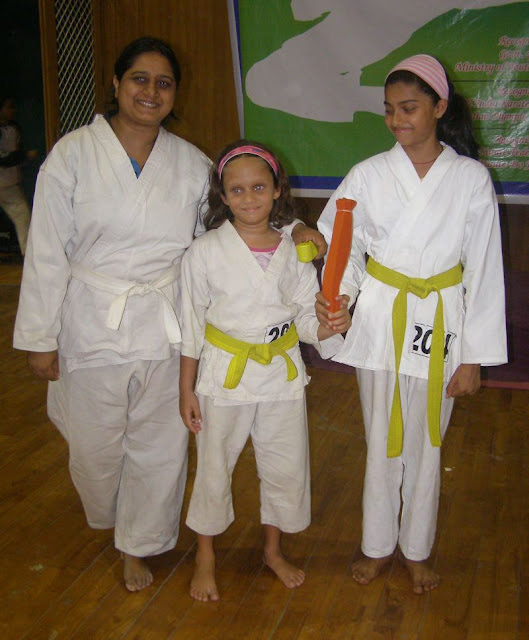 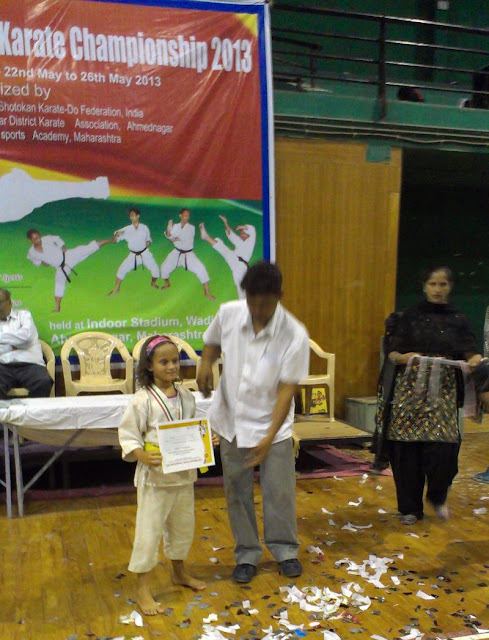 Lil one receiving her gold medal for kata

The Cavalry Tank Museum of the Armoured Corps Centre and School, Ahmednagar is the first of its kind in Asia, and has a huge collection of tanks used during different periods. Although I took pictures of most, if not all of them, here are just a few.. 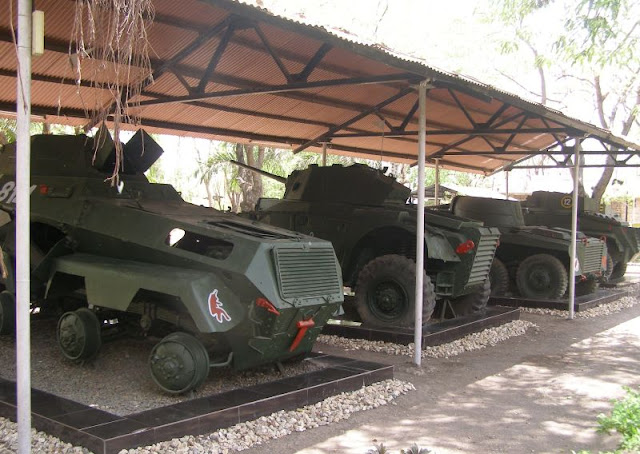 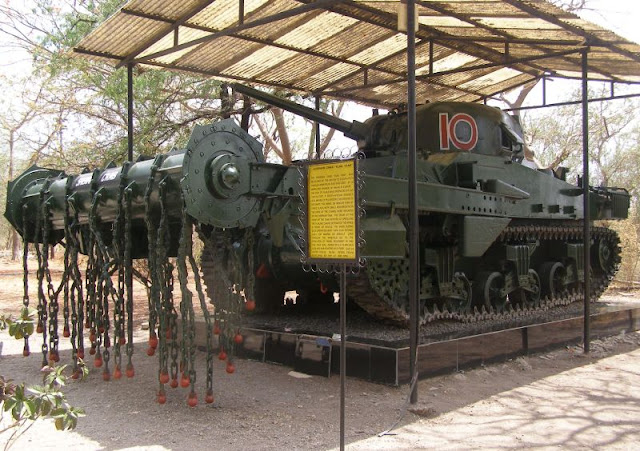 The Sherman Crab "Flail Tank" was developed by the British to clear a path through minefields. Flails with small bob-weights on the ends of the chains were mounted on the drum in front of the tank. As the drum rotated, the flailing chains pulverised the ground and detonated the mines in front of the vehicle. 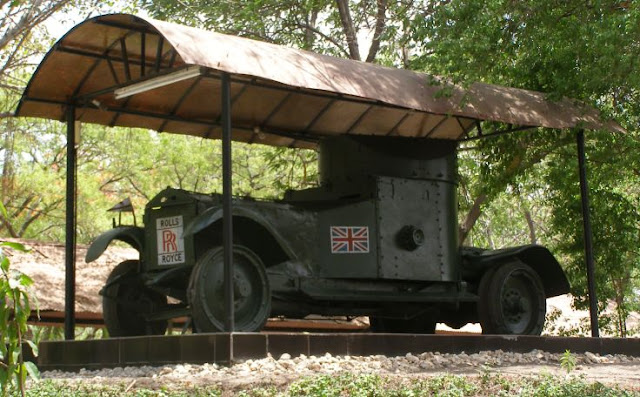 Rolls-Royce was the most successful of all the armored cars built onto existing commercial chassis in the early days of WW1. 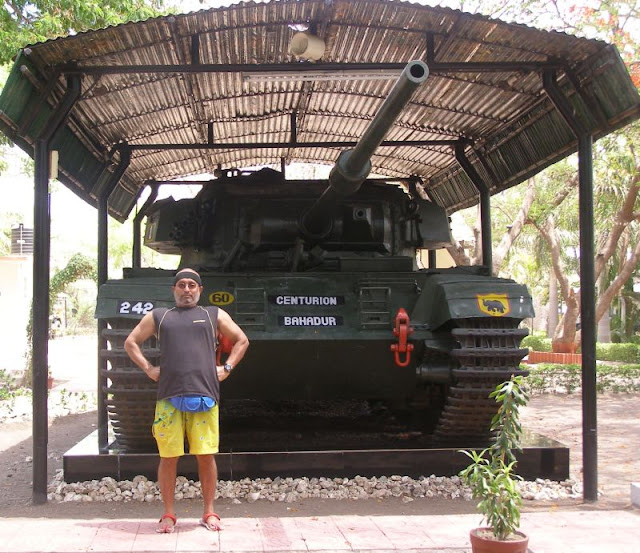 Faria Bagh Palace was built in memory of Burhan Shah, the son of Ahmed Nizam Shah – founder of Ahmednagar. 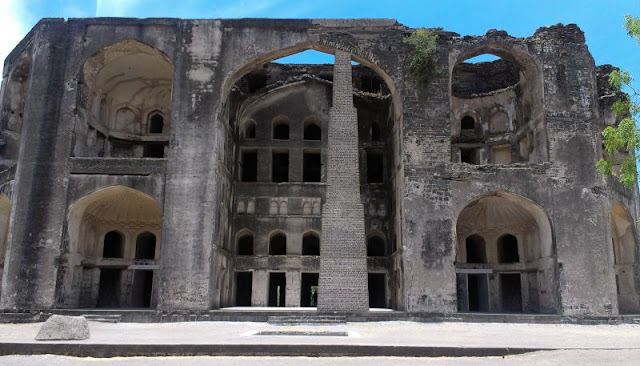 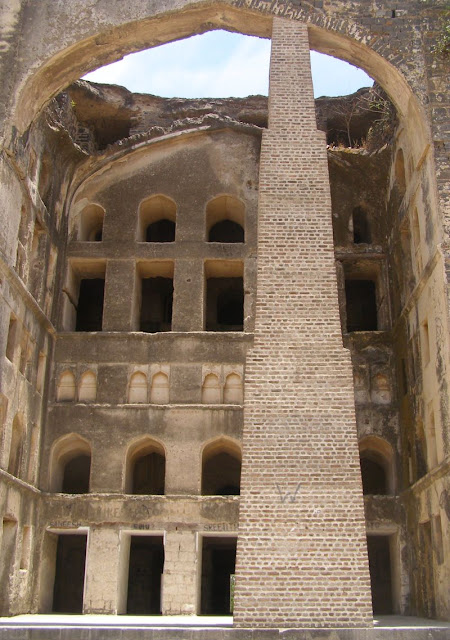 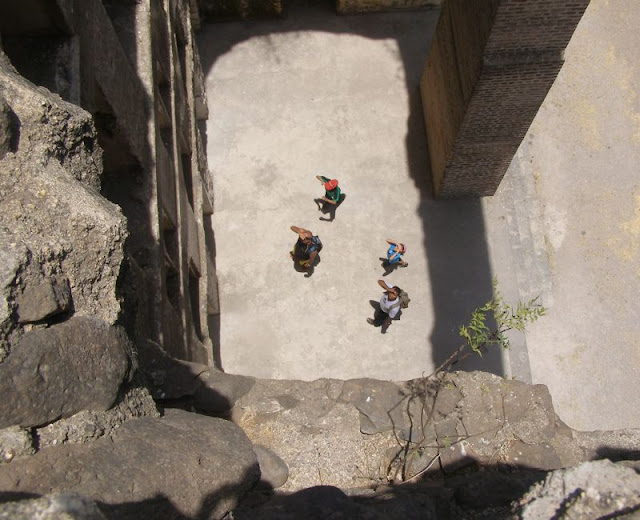 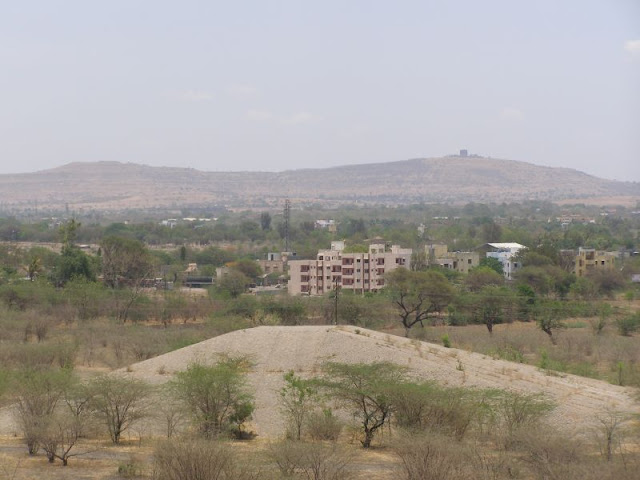 A view of Salabat Khan's tomb from Faria Bagh Palace

Located at an altitude of 900 m above sea level on top of a hill named Shah Dongar, the tomb of Salabat Khan II is popularly (and wrongly) known as Chand Bibi’s Mahal. Salabat Khan II had built the monument for himself. Salabat Khan II served as a minister under Murtaza – the fourth Nizam Shah – during the reign from 1565 to 1579.

The huge dome of the tomb is surrounded by a three storeyed verandah. The tomb is octagonal in shape and houses the remains of Salabat Khan and his wife. His second wife and sons are buried outside the tomb. 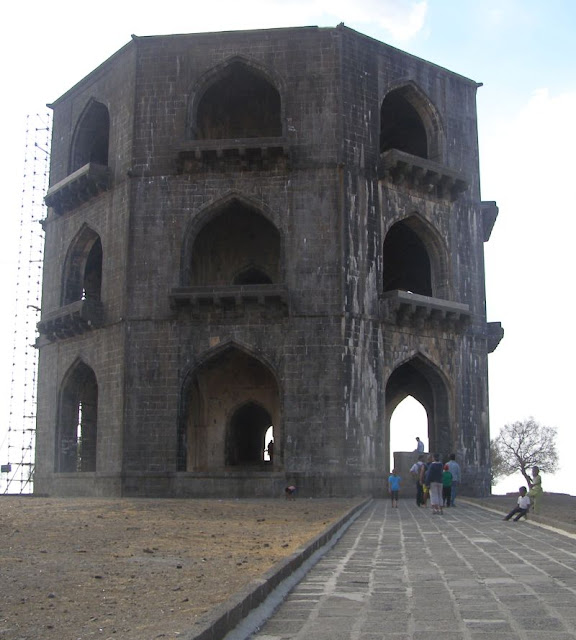 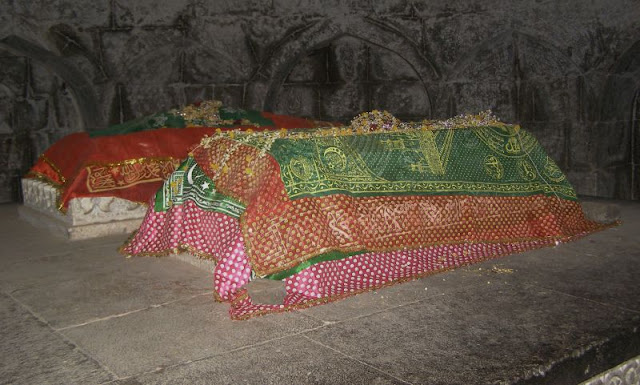 One of the most well-designed and impregnable forts of India, the Ahmednagar Fort was built by Ahmad Nizam Shah to commemorate his victory over Jahangir khan. The fort is oval in shape, supported by 24 bastions and is surrounded by a moat, now dry, that is 30 metres wide and 4 to 6 metres deep. Over a mile in circumference, the fort was built from rock hewn out of the moat.

The fort was often used as 'royal prison'. During the Quit India Movement of 1942, the entire Congress Working Committee was detained here.  Pt. Jawaharlal Nehru wrote his book 'The Discovery Of India' during his confinement here.

The fort is currently under the control of the military command of India. 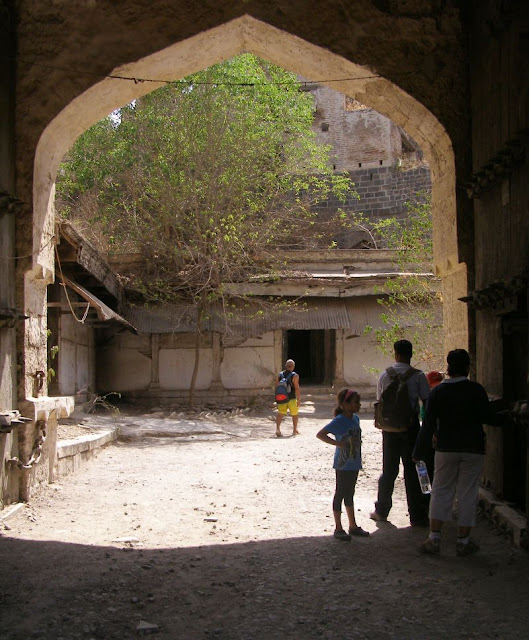 The entrance to the prison cells 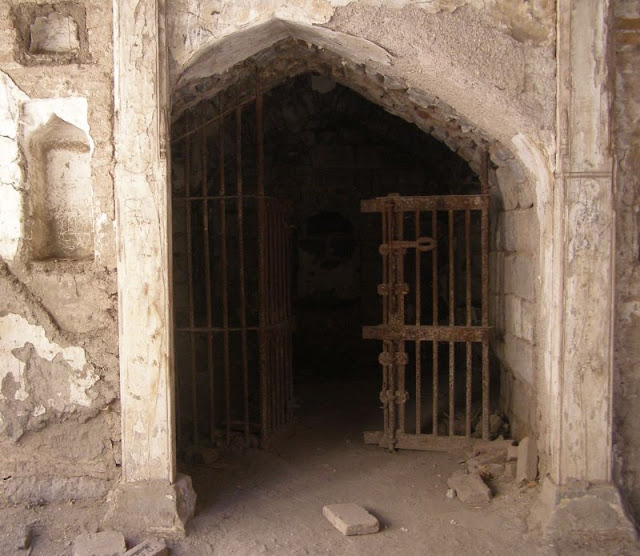 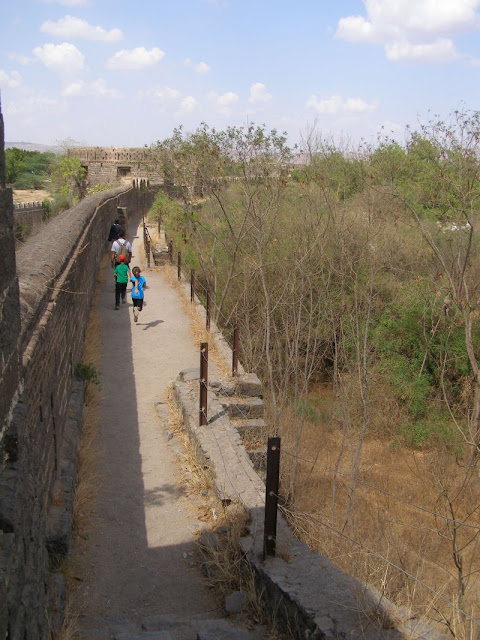 Walking along the ramparts 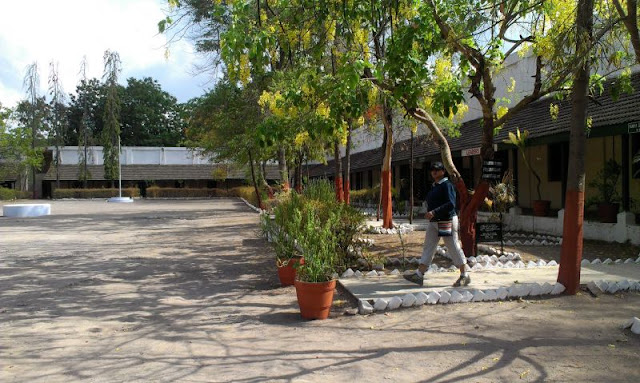 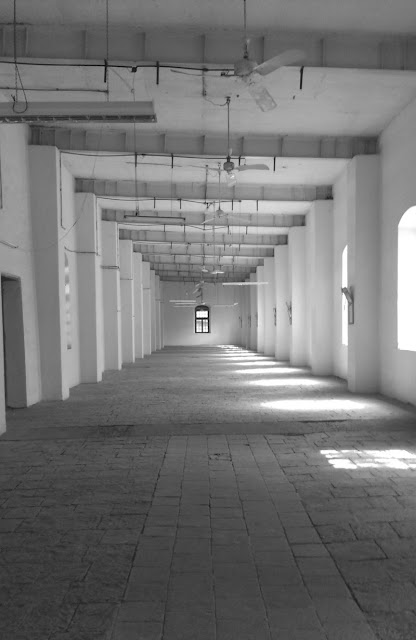 A hallway inside the 'royal prison' 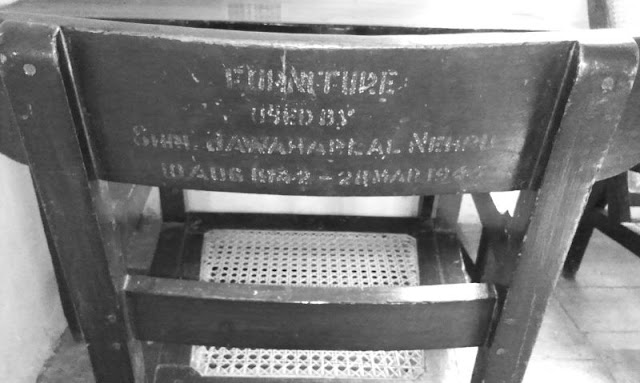 The chair in Nehru's room 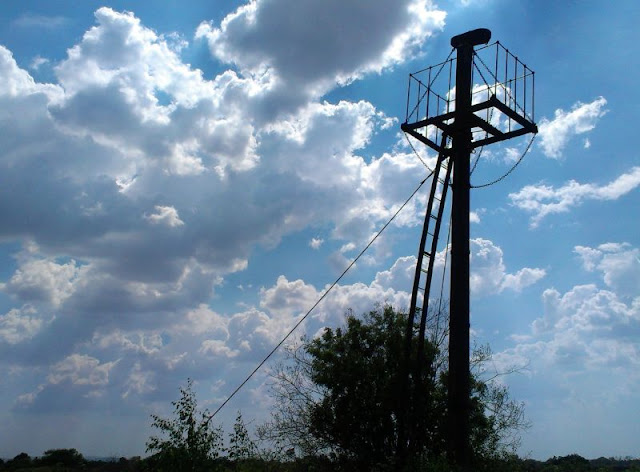 This is supposedly the gallows pole visible at quite a distance even from outside the fort
Posted by arabicaah at 11:15 AM No comments: